Winners - "A sofa full of fools"

On the third day these two films made it into the finals: "The Phallometer" by Tor Iben and "Symphony no. 42" by Réka Bucsi. Congratulations!

Those two will be in the final on Saturday. What you missed as well and rewarded with a lot of sympathy in the audience is this movie: SIMPLYclever by Johannes Kürschner & Franz Müller

And the winner is...

And the winners of our second day are...: "Le doigt d'honneur (The Finger)" directed by Malika Pellicioli, followed by "Border Patrol" directed by Peter Baumann. Those two will be in the final on Saturday the 5th of April. Congratulations!

For those of you who missed our programme we have one movie which is allready online in a complete version:

Watch Out: Daylight Saving time ! Tonight we loose an hour, the third day of our festival will start at 20pm, like on all the other days!

22nd ContraVision opened with a world premiere: "Ambrozia" directed by Tymur Jaszczenko. The audience has chosen the first finalists for Saturday the 5th of April:

Congratulations and the best of luck for the finals. For all of you who couldn`t attend the show: You did not only miss "Ambrozia", but this film as well:

But don`t be sad, there is much more to come: 68 films want to be watched by you. Don`t miss "A little bit perverted" our programme for the 29th of March. It`s your choice, it`s your festival!

Live on stage: many filmmakers - on the screen: "Sex&Crime"

The opener of our festival is "Ambrozia" (Tymur Jaszczenko, Poland). A movie, not only inspired by Quentin Tarantino.

We are especially happy to present a master piece in action-comedy from Namibia: "Everything happens for a reason" (Florian Schott) is shot in one take and takes us on a fast paced ride through the city of Windhoek.

Furthermore there will be the black comedy "Kosherland" (picture above), a bloody story of blackmail and gunfighting in a jewish deli in latvia.

Longfilms have bored you long enough, short films are worthwhile. For eight days we will entertain you and you as part of the audience will choose who enters the final on sunday the 5th of April. You decide who wins, it`s your festival! 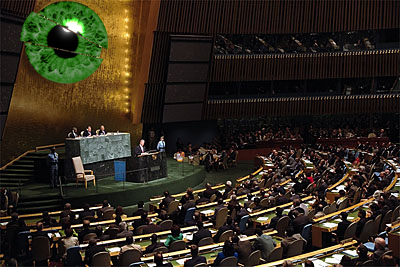 on 16 march 2014, festival director robin bodenhaupt has presented the official program of the 22nd international film festival to the plenary meeting for approval.

the festival has been confirmed unanimously by the delegates and was proclaimed officially with immediate effect.

for a 22nd time the film festival contravision celebrates the international short film. from 28 march to 5 april 2014, the second eldest short film festival of Berlin will present 76 films of all genres from 21 countries.

the public festival places emphasis on swarm intelligence: it is the visitors selecting the winners of the competition.

to the festival programme