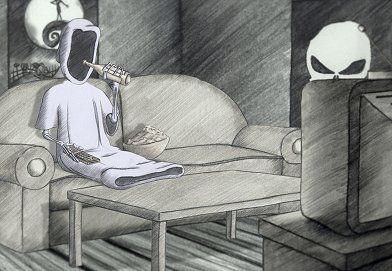 death is living all by himself in a small house in the middle of nowhere. he is living his daily routine until one day he finds baby left alone in front of his house that will change everything in his life. 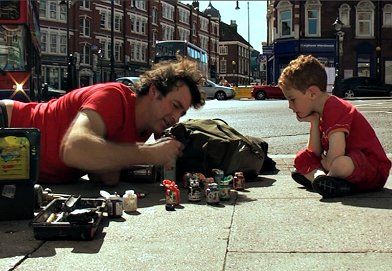 sometimes things are not what they seem to be at first sight. when i first noticed ben wilson in the london suburb muswell hill, i thought he was a homeless person. but sometimes you just have to take a closer look. this is how my documentary "the chewing gum man" was born. for a couple of months i followed ben wilson all over london, recording his daily working routine. i got to know a unique man, an artist, a free spirit. 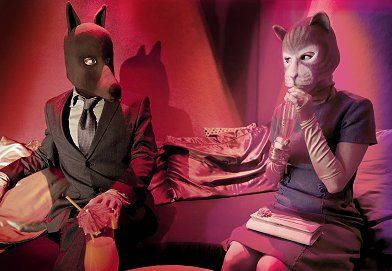 ylva lives an isolated life within her four walls and spends her time by spying on her neighbour henrik, whom she is secretly in love with. one day, a masquerade ball is taking place in the city. ylva is hiding away behind a cat mask and spares no effort to meet henrik more closely.

we congratulate the winners of the third festival day and we wish them all the best for the final round in the audience voting on saturday, december 8th. 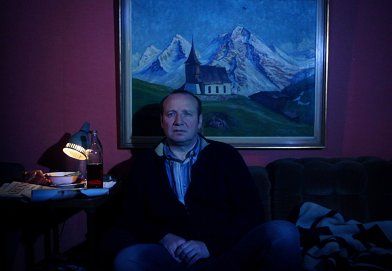 "there is music in the air" by tim bosse

mirek is disenchanted. his dream of a life with tina was still within reach when she threw herself at a stupid music bod with his show-off guitar. at least mirek now thinks he knows that his life could have run better if he hadn’t always had to play football in the open as a child instead of being prepared for life in piano and flute lessons like his classmates. 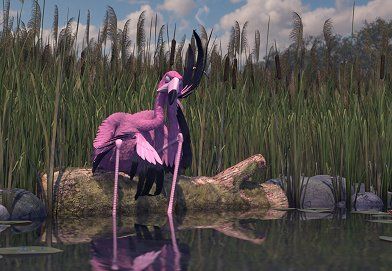 frustrated of being the only heterosexual flamingo in a gay flamingo palooza the hero of this story falls in love with a beautiful lady stork flying by. unable to convince her of the seriousness of his feelings he lapses into an identity crisis. a terrifying encounter inspires him to make a venturous plan … 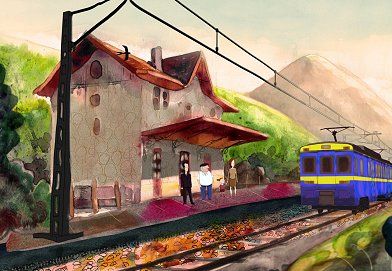 a perilous children’s game will spoil the life of ander and his family forever.

we congratulate the winners of the second day and we wish them all the best for the final round in the audience voting on saturday, december 8th. 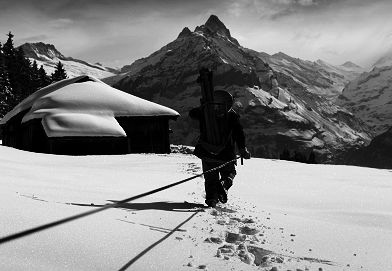 The 20th International ContraVision Film festival opened with the movie "The Filmbringer" by Martin Guggisberg.

a man underway in a snowscape is dragging a film roll along behind himself and places it on reel holders mounted on a tree. in this manner, the film is rolling from reel to reel and can be watched at any given place with a film projector. the film bringer meanders through the different landscapes, serving as the bearer of cinema culture. 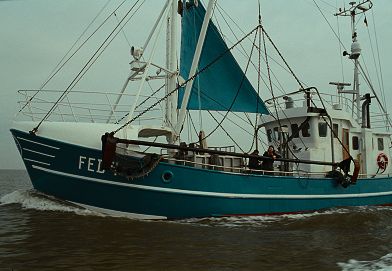 "i have a boat" by nathan nill

piet's prospect of love does not look that bright: statistically most couples get to know each other at work and piet’s work is on a shrimp cutter with two other sailors. however, a bold encounter with three blond sirenes provides his desire with totally new prospects. 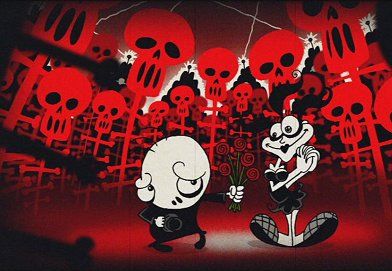 "mr. nightmare and the blessings of progress" by tommy schwarwel 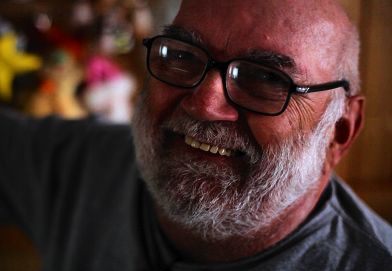 multiple sclerosis, arthrosis, diabetes, heart attack and cancer – to name only a few diseases. a diagnose of this kind can bring a man to lose his zest for life – but not the 69 years old wheelchair user volkmar kirschbaum. in face of his strokes of fate he does not have lost his charms. after 43 years of happy marriage moreover his wife died five years ago of cancer. since then volkmar kirschbaum is living alone. every single day without any exception the widower goes to see her grave at the cemetery.

we congratulate the winners of the first day and we wish them all the best for the final round in the audience voting on saturday, december 8th.

as in ancient rome...

...the most glorious competitions take place in the colosseum. on five days 63 short movies face up to the audience at the 20th international film festival contravision. the gladiators – from action hero to zombie character – look forward to thumbs up or thumbs down determinating who will be the winners of the contravision awards.